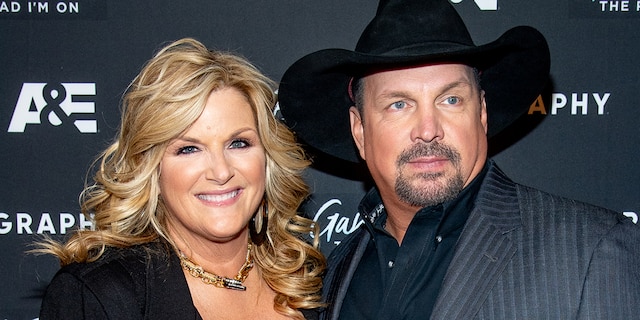 Country legends Garth Brooks and Trisha Yearwood have shared a health update after being tested for coronavirus.

In a press release, a rep for Brooks, 59, confirmed that he had tested negative while Yearwood, 56, tested positive.

According to the release, the pair were already quarantining “at home on the heels of a recent positive Covid test by a member of their team.”

“The Queen and I have now tested twice,” said Brooks. “Officially, she’s diagnosed as ‘on her way out of the tunnel’ now, though, which I’m extremely thankful for.”

The delay in testing — which came about a week after they were exposed — was due to the “severe winter weather in Tennessee.”

“Anyone who knows me knows my world begins and ends with Miss Yearwood, so she and I will ride through this together,” the star shared, adding that he would not be participating in his Inside Studio G series on Facebook for a time.

“And anyone who knows [Yearwood] knows she’s a fighter and she’s been doing everything right, so I know we’ll walk out the other side of this thing together,” Brooks said.

Yearwood is “dealing with symptoms,” said the release, but is “doing okay.”

GARTH BROOKS, TRISHA YEARWOOD COVER ‘SHALLOW’ FROM ‘A STAR IS BORN’ FOR HIS UPCOMING ALBUM, ‘FUN’

He concluded: “Living with her, I sometimes take it for granted she’s one of the greatest voices in all of music, so the possible long-term effects on her concern me as her husband and as a fan. We’re very lucky she is currently under the greatest care in the best city for treating and healing singers.”

Garth Brooks and Trisha Yearwood were exposed to coronavirus earlier this month and weren’t able to get tested right away because of the winter weather. (Photo by Jason Kempin/Getty Images)

Reps for Yearwood did not immediately respond to Fox News’ request for comment.

Brooks’ team announced that he and his wife were exposed to COVID-19 on Facebook on Feb. 11.

“Due to someone on their team testing positive for Covid-19 and out of an abundance of caution, Garth Brooks and Trisha Yearwood are canceling everything and testing and quarantining for two weeks,” they said at the time.