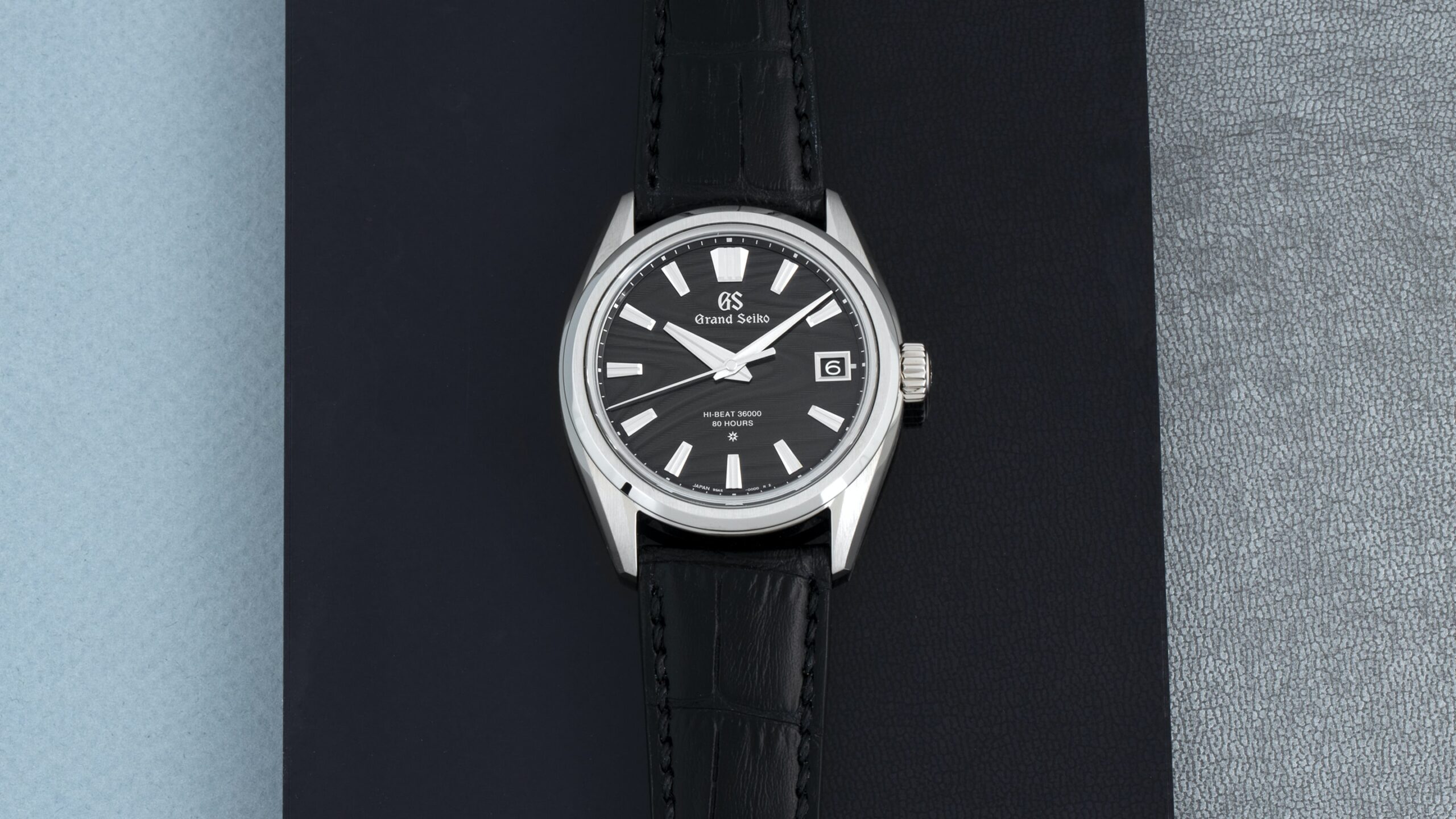 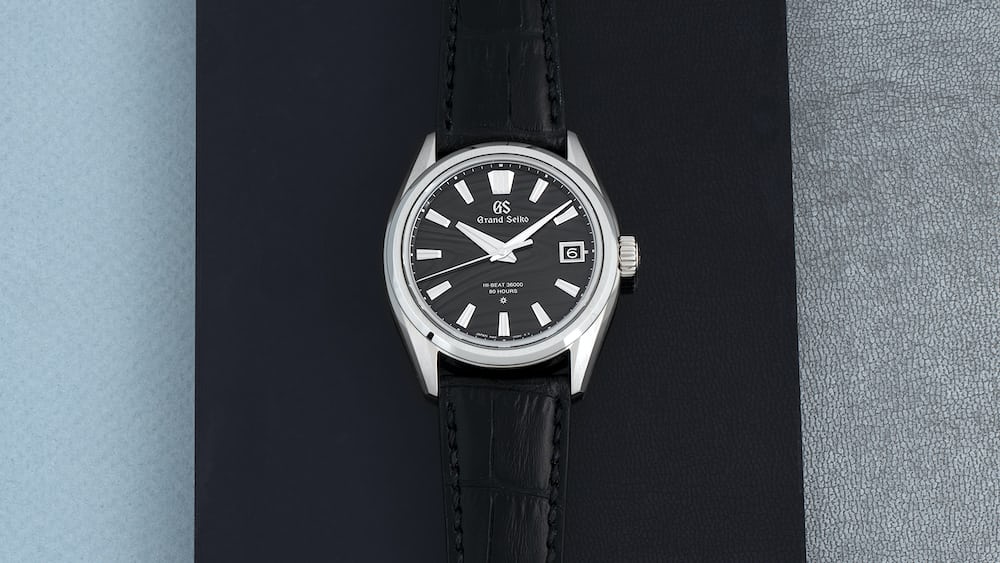 The design of the watch, aside from the specific texture of the dial, is an example of Grand Seiko’s new Series 9 design, which is characterized by a distinctive handset with a pyramidal hour hand, very elaborate indexes, and a case which is a sort of evolution of the 44GS case.

The Series 9 design was not officially announced by Grand Seiko until the debut of the SLGH005 “White Birch,” which was the second watch to carry the new Hi-Beat caliber 9SA5, as well as the first non-limited edition. That watch in turn was preceded by the launch vehicle for the 9SA5: The SLGH005 Limited Edition. The new SLGH005 is a platinum-cased, Series 9 Grand Seiko Hi-Beat watch, with the new Hi-Beat 9SA5 movement; it will be made in a run of 140 pieces, priced at $59,800.